Abba Kyari, the Chief of Staff to President Muhammadu Buhari, died of COVID-19, four weeks after testing positive to the disease, Kanu revealed.

Meanwhile, the Special Adviser to the President on Media and Publicity said Kyari died on Friday, April 17 of the deadly Coronavirus (COVID-19).

“The deceased had tested positive to the ravaging COVID-19 and had been receiving treatment. But he died on Friday, April 17, 2020.

“May God accept his soul. Funeral arrangements will be announced shortly,” Adesina had tweeted.

Chief of Staff to the President, Mallam Abba Kyari, passes on. May God rest his soul. Amen. Funeral arrangements to be announced soon.

15.2K people are talking about this

Reacting to Kyari’s death on Facebook, leader of the Indigenous People of Biafra (IPOB), Nnamdi Kanu had said: “President Abba Kyari is dead. As I told you Aso Rock is vacant, but they kept living in denial and lies. The Zoo has fallen.”

The pro-Biafra agitator who is on exile added on Twitter that the death of the former Chief of Staff to the President, shows that Aso Rock is crumbling and that “final block holding the foundation” of Nigeria will be removed later tonight when he holds a live broadcast on Radio Biafra.

Now that Aso Rock is crumbling, the final block holding the foundation of the deadly British estate in Africa will be removed tonight. 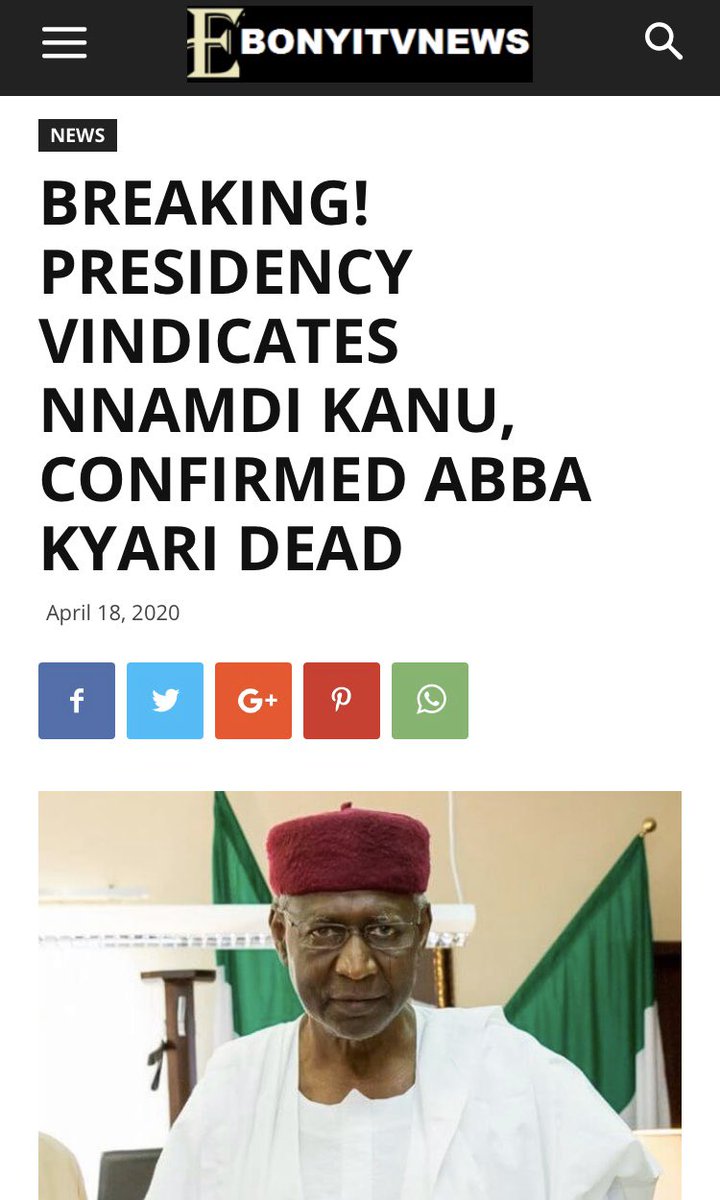 2,494 people are talking about this

On Saturday evening during a live broadcast Kanu alleged that the Presidential office cannot be accessed because the late Abba Kyari’s palm is needed to open the door to  President Muhammadu Buhari‘s office.

His words: “If you can go into the presidential office and stream from that office, I will abandon Biafra. The key to the office is lying somewhere in the grave in Abuja. You cannot access the office.